This guide describes how to deploy Felgo games & apps to iOS mobile devices.

You can test your code on iOS and other platforms without any additional installation, using the Felgo Live Scripting app. Download the app on Android or iOS and connect it to your Felgo Live Server. You can find more info here.

Felgo Cloud Builds CI/CD Service for iOS and other platforms

Boost your Qt and Felgo development with continuous integration and delivery for Qt and Felgo projects. As the only CI/CD exclusively for Felgo/Qt, it enables you to build and distribute apps with minimum effort and maximum speed.

You can find more info here.

Run this application and select Add or remove components and then choose the platforms you want to add. 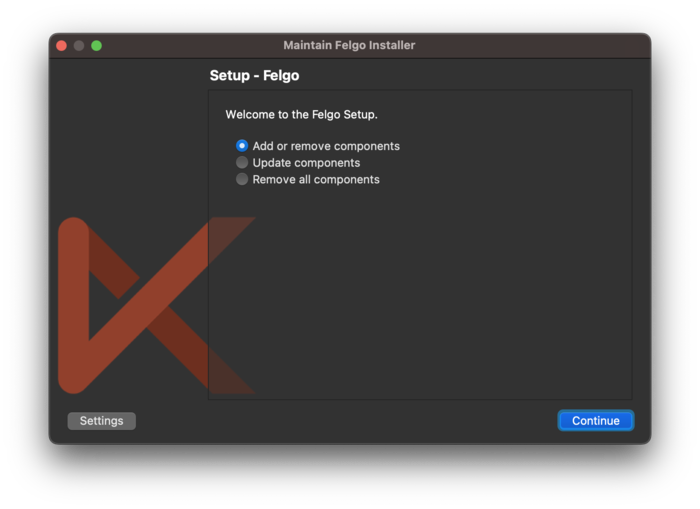 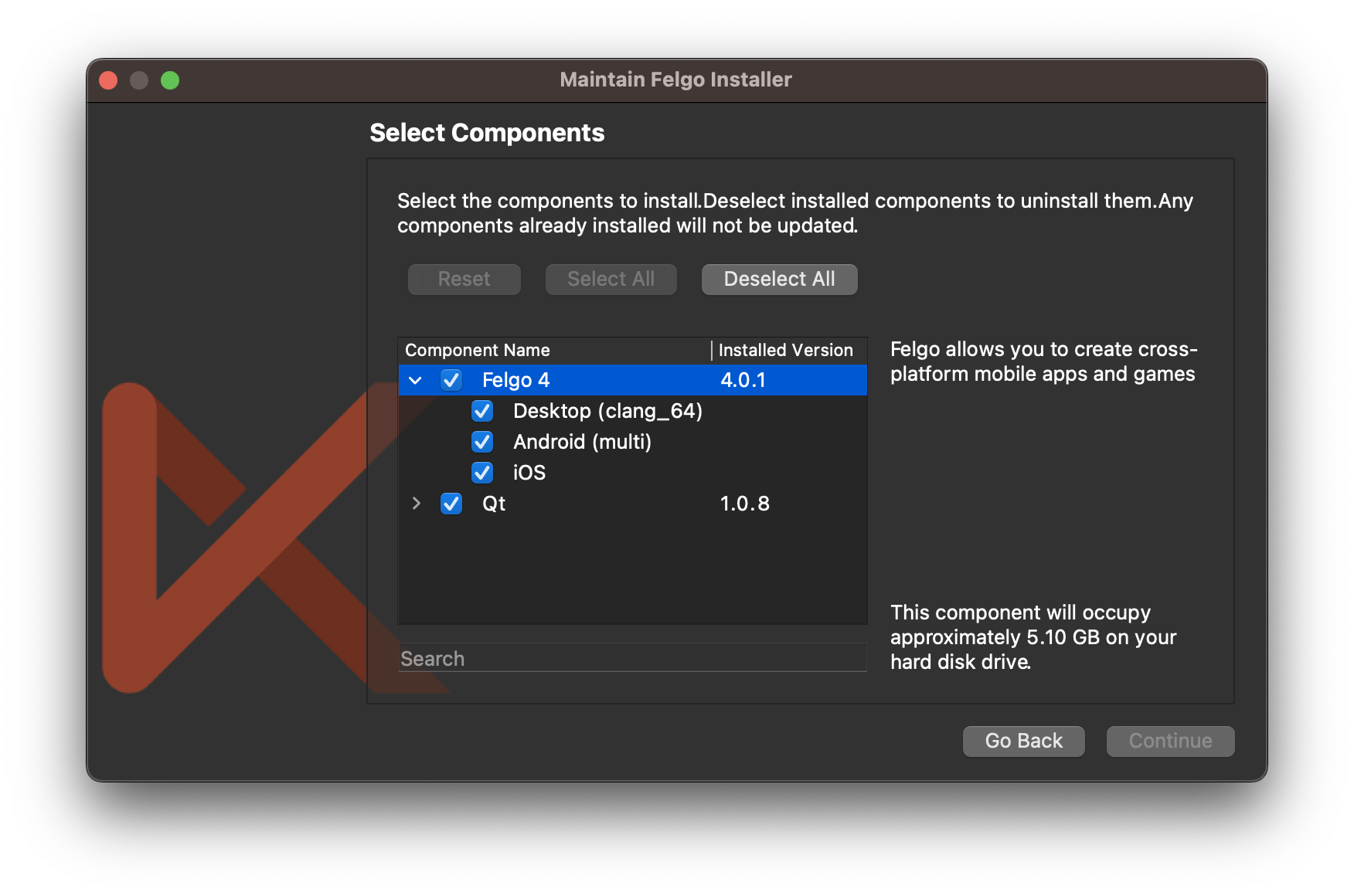 With the transition to Felgo 3 you can deploy your games locally to iOS devices such as iPhones and iPads.

Note: iOS local deployment needs a macOS development machine with macOS 10.12 or OS X 10.8 and above.

Felgo 3 supports deployment to iOS 5.0 or later, including the following devices:

For local iOS development and deployment you need a version of Xcode installed. You can install it from the Mac App Store following this link. Felgo supports Xcode version 11.4 and higher. We recommend to use the latest Xcode version.

You can already deploy your games on iOS Simulator which is packaged with Xcode.

If you also want to deploy your app or game to a real iOS device you additionally need to enroll in the iOS Developer Program, which can be found here. You then have to create development certificates, register your development devices at Apple and create a valid provisioning profile for your app. You can find more information on provisioning your app on iOS devices here.

Note: Please also have a look at Qt.io: Setting Up the Development Environment.

Build Your App or Game for iOS

For further information please also have a look at:

Publish Your Game on iOS

After you tested your game on real device(s), you can continue and publish your game in the app stores. See Publishing Felgo Games & Apps how to do this.